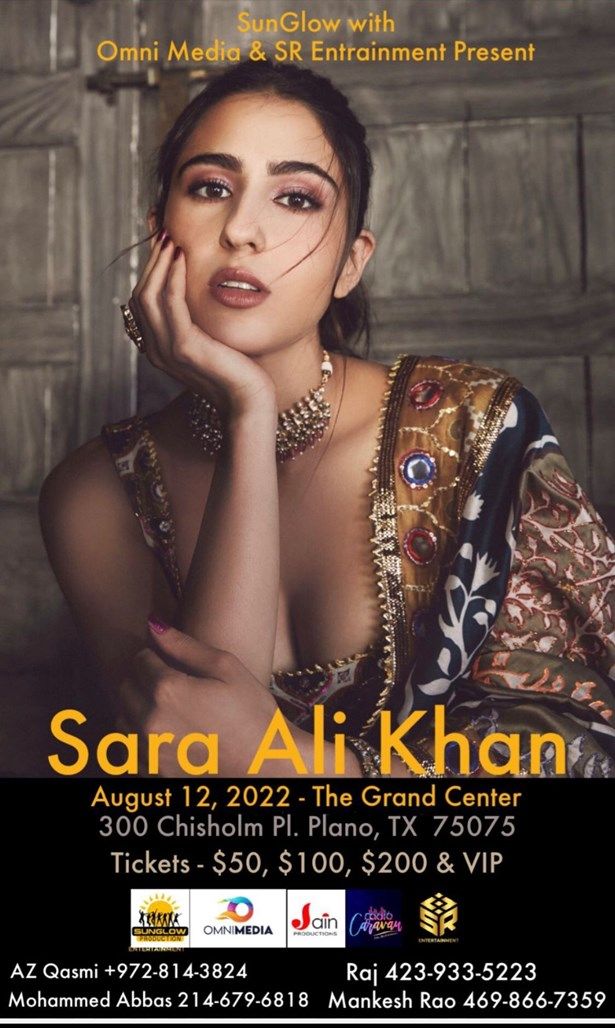 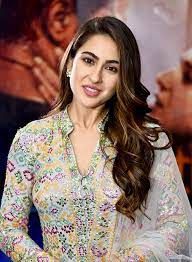 Sara Ali Khan
Sara Ali Khan was born on 12 August 1995[a] in Bombay, Maharashtra, India to Saif Ali Khan, son of Mansoor Ali Khan Pataudi and Sharmila Tagore, and Amrita Singh, daughter of Sardar Shivinder Singh Virk and socialite Rukhsana Sultana; both actors of the Hindi film industry.[5][6][7] She is also the great-granddaughter of Iftikhar Ali Khan Pataudi and Sajida Sultan, and the niece of Soha Ali Khan and Saba Ali Khan.[8] She has a younger brother, Ibrahim.[9] Her two half brothers Taimur (born 2016) and Jehangir (born 2021), are Saif's sons from his second marriage to Kareena Kapoor.[10] Sara Ali Khan is of Barech Pashtun Afghan, Bengali Hindu, and Assamese Muslim descent on her father's side, and of Punjabi Sikh and Punjabi Muslim descent on her mother's side.[11][12] Sara was raised as a Muslim.[13]

When Khan was a four-year-old, she acted in an advertisement.[14] According to Saif, actress Aishwarya Rai proved to be her inspiration for pursuing a career in film after she saw her perform on stage in Chicago.[14][15] In 2004, when Khan was nine, her parents divorced, and Singh was granted legal guardianship of her children.[16] Saif was initially not allowed to see her or her brother;[16] they have since reconciled, and, according to Saif, "are more like friends [than father and daughter]".[17] Khan also shares a healthy relationship with Kapoor, her step-mother; she stated in 2018, "I would like to imbibe her professionalism in me".[18] Organizer Details:Sunglow Production/Entertainment
Other Events By Sunglow Production/Entertainment
Powered by: DallasIndian.net