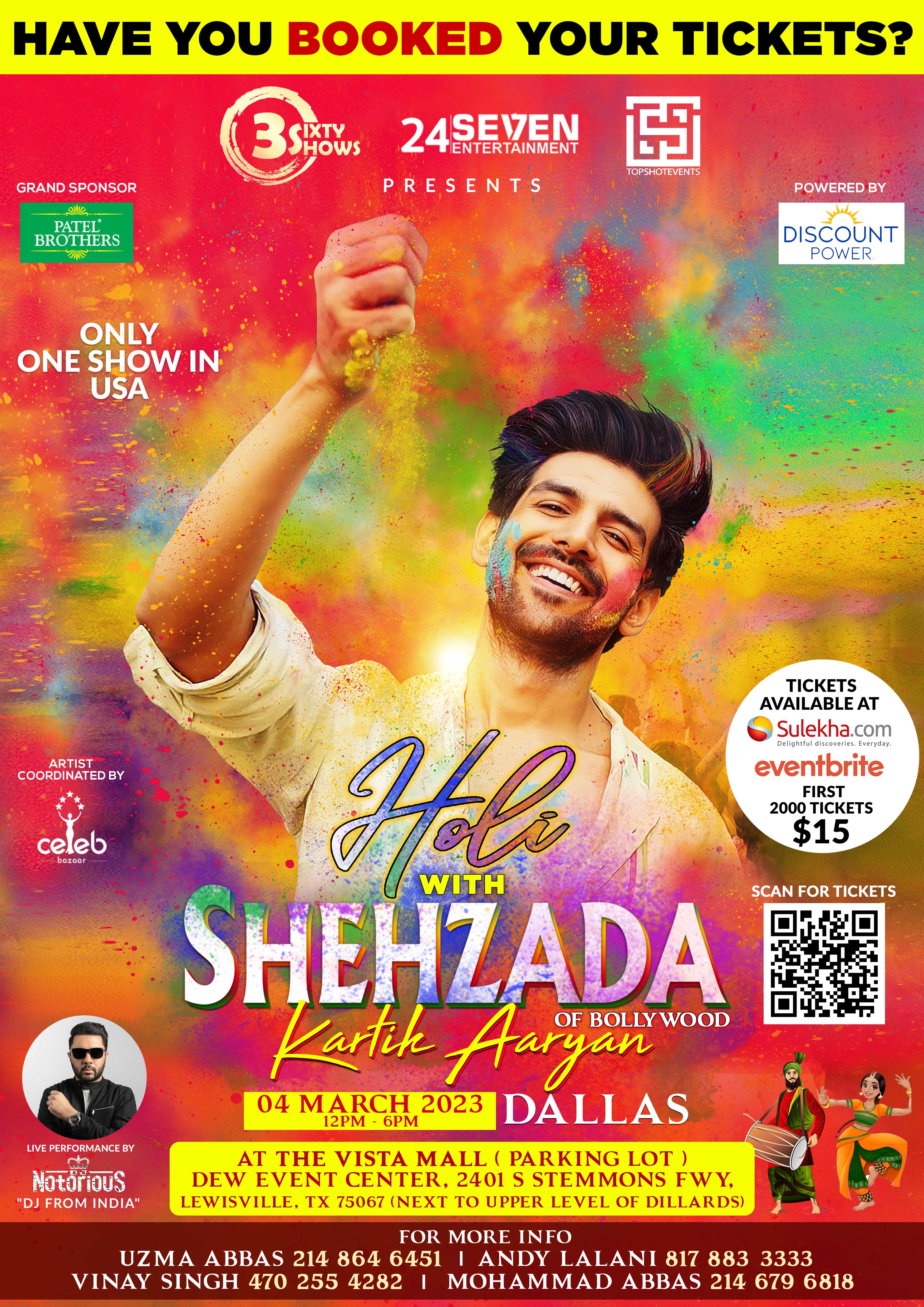 
BUY YOUR TICKETS NOW AT: https://linktr.ee/dallasholi

March is the month of HOLI - the festival of colors , love , laughter and peace.

Be a part of dance groups

Near DEW Event Center / Next to Upper level of Dillards

Please note; No Outside Color allowed. Color will be available at venue for purchase.

About Artist:
Kartik Aaryan Tiwari (born 22 November 1990),[1] is an Indian actor who works in Hindi films. After pursuing a degree in engineering, he made his acting debut with Luv Ranjan's buddy film Pyaar Ka Punchnama (2011). He went on to star in the romances Akaash Vani (2013) and Kaanchi (2014), but these failed to propel his career forward.

Aaryan had commercial successes in Ranjan's comedies Pyaar Ka Punchnama 2 (2015) and Sonu Ke Titu Ki Sweety (2018), with the latter emerging as his breakthrough film. He gained further prominence by starring in the romantic comedies Luka Chuppi and Pati Patni Aur Woh (both 2019), and the comedy horror film Bhool Bhulaiyaa 2 (2022). The last of these emerged as his highest-grossing release. He also played against type in the thrillers Dhamaka (2021) and Freddy (2022).

In addition to his acting career, Aaryan endorses several brands and products, and has co-hosted award ceremonies. He appeared in Forbes India's Celebrity 100 list of 2019.